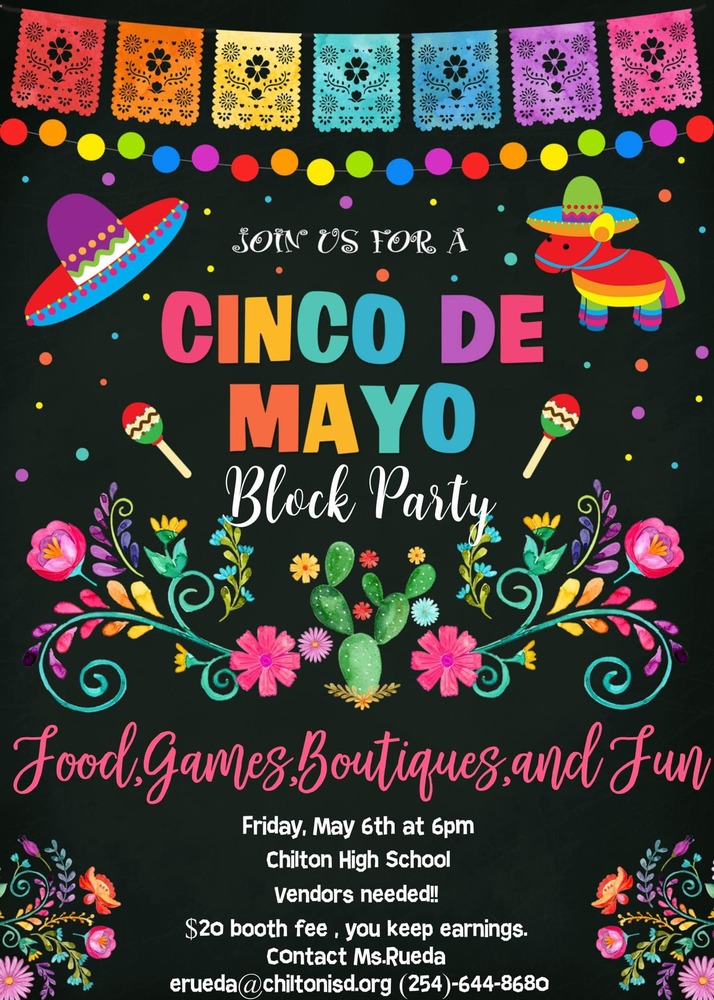 Cinco de Mayo, in Mexican culture, is a day of remembrance commemorating Mexico's victory over the French during the 1862 Battle of Puebla.  At this battle, an outnumbered and overpowered Mexican army, led by Ignacio Zaragoza, defeated the French army at the town of Puebla de Los Angeles during the Franco-Mexico War. The retreat of the French troops represented a great victory for Mexico and solidified the sovereignty and solidarity of Mexico.

The Chilton ISD will host a Cinco de Mayo block party with food, games, boutiques, and community fun to commemorate the significance of the Cinco de Mayo victory in Mexican culture.